Electronic Cigarettes continue to grow in popularity with many people switching from conventional smoking to vaping.

Although there is plenty of research in relation to the adverse effects of conventional smoking on your oral health, there has been little in relation to vaping, as it is a relatively new concept. However, a new report has just come out providing further proof of the negative effects of this form of smoking.

Vaping or e-cigarettes remove the direct inhalation of smoke that you get when smoking a cigarette by aerosolising a liquid that contains nicotine. This vaper is then inhaled by the person where the first touching point of this vaper is the mouth. This study has looked into the effect of this vaper on your oral health, and the microbiome community (a community of bacteria and microorganisms) in your mouth.

The study was carried out by researchers from New York University College of Dentistry and was just released last month, February 2022 in mBio. The study itself analysed 84 people aged 30 or over. These people were a mix of conventional smokers, e-cigarette users, and those who have never smoked. All these people had some form of gum disease at the start of the study. These people were checked for gum disease progression over a 6 month period. Plaque samples were taken to analyse any bacteria present.

According to Deepak Saxena, one of the lead researchers, to their knowledge, this is the first longitudinal study of oral health and e-cigarette use. They have also said, they are now beginning to understand how e-cigarettes and the chemicals they contain are changing the oral microbiome and disrupting the balance of bacteria.

Several types of other bacteria, including Selenomonas, Leptotrichia, and Saccharibacteria, were abundant in both smokers and vapers compared to non-smokers.

Vaping appears to be driving unique patterns in bacteria and influencing the growth of some bacteria in a manner akin to cigarette smoking, but with its own profile and risks to oral health.

Gum disease had gotten worse in some participants across all groups over the 6 months. One of the clear symptoms of gum disease is clinical attachment loss. This is when the gum ligament and tissue separate from the tooth’s surface. This in time leads to the gum receding and pockets. These pockets are known to be breeding grounds for bacteria. If this isn’t treated it can lead to periodontitis, a more severe form of gum disease. In a further study looking at the same participants, the research team found that clinical attachment loss was substantially worse in the e-cigarette smokers than that of not non-smokers and cigarette smokers, after six months. This study was published in Frontiers in Oral Health.

More research is needed for the impact of vaping on oral and general health, however, this latest study has confirmed what we had already thought.

While it is still thought that the effects of conventional smoking on your oral health are worse than that of vaping, we are still seeing significant damage, and risk of gum disease through vaping. Therefore, we recommend completely cutting out vaping to improve your oral health long-term.

Unlike smoking, which has been studied extensively for decades, we know little about the health consequences of e-cigarette use and are just starting to understand how the unique microbiome promoted by vaping impacts oral health and disease 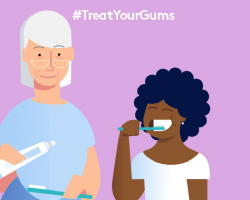 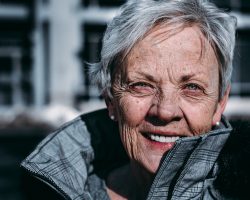 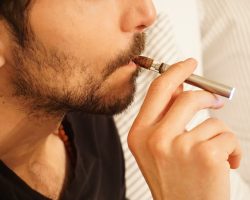 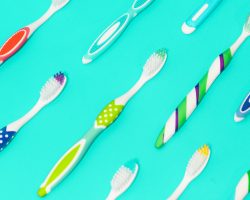 Tooth Decay and your Health 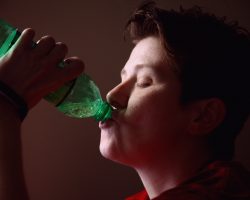 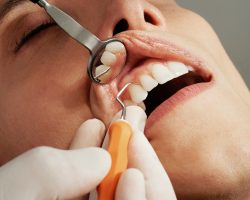 The Link Between Periodontal Disease and Obesity

Appointments here can be made through our receptionists in Waterford.

Appointments here can be made through our receptionists in Waterford.

This website uses cookies to improve your experience while you navigate through the website. Out of these cookies, the cookies that are categorized as necessary are stored on your browser as they are as essential for the working of basic functionalities of the website. We also use third-party cookies that help us analyze and understand how you use this website. These cookies will be stored in your browser only with your consent. You also have the option to opt-out of these cookies. But opting out of some of these cookies may have an effect on your browsing experience.
Necessary Always Enabled
Necessary cookies are absolutely essential for the website to function properly. This category only includes cookies that ensures basic functionalities and security features of the website. These cookies do not store any personal information.
Non-necessary
Any cookies that may not be particularly necessary for the website to function and is used specifically to collect user personal data via analytics, ads, other embedded contents are termed as non-necessary cookies. It is mandatory to procure user consent prior to running these cookies on your website.
SAVE & ACCEPT